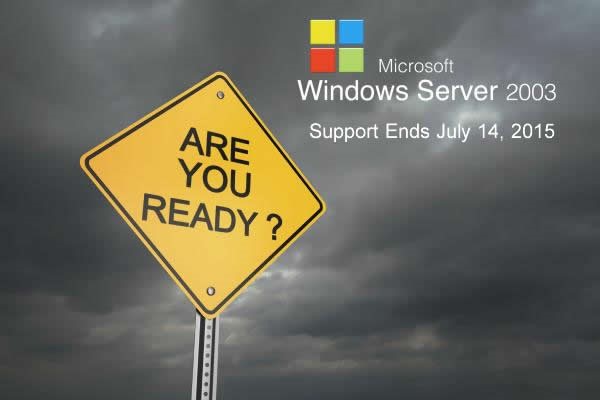 What does end of support mean for you? After July 14, Microsoft will no longer issue security updates for any version of Windows Server 2003. If you are still running Windows Server 2003 in your office, you need to take steps now to plan and execute a migration strategy to protect your infrastructure.