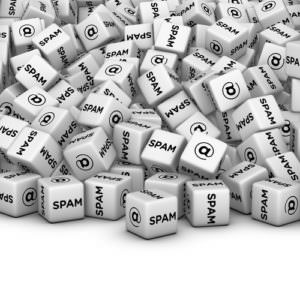 Given technology’s fast pace, it’s easy to forget someone in 1995 would look at you like you were from Mars if you mentioned your Bluetooth. Turns out the stories behind commonly used tech terms are fairly fascinating.

For instance, thank the late statistician John Wilder Tukey for the computing terms software and bit. Tukey first used “software” in a 1958 journal articleto describe the programs run by electronic calculators, writing that “software” was “at least as important” as the “‘hardware’ of tubes, transistors, wires, tapes, and the like.” “Bit” came a few years later, short for “binary digit.”

The story of spam is well-known, at least to Monty Python fans. One of the troupe’s most beloved skits, in which the word Spam (in reference to the, um, meat) is repeated over and over, inspired early chatroom users to describe bad behavior (think clogging up a chat with bot text) as “spam.” Eventually the term came to describe email pleas from Nigerian princes.

The origin of meme will appeal to academics. Evolutionary biologist Richard Dawkins coined the term in the 1970s to describe his theory that all ideas replicate and mutate—and that only the strong survive. Dawkins shortened the Greek term mimeme (“that which is replicated”) to “meme” for ease and because it sounded like “gene.”

And your Bluetooth? That’s named for a 10th-century Scandinavian king, who earned his nickname for having a tooth so rotten it looked blue. The king excelled at uniting warring parties, so the term fit the effort to develop the wireless technology, which united competing firms. Bluetooth was initially a placeholder name, but no one came up with anything better, and it stuck. The Bluetooth logo is even a mashup of the king’s initials.

We'll NEVER sell, rent or share your email address.
Hello World
We use cookies to ensure that we give you the best experience on our website. If you continue to use this site we will assume that you are happy with it.Ok